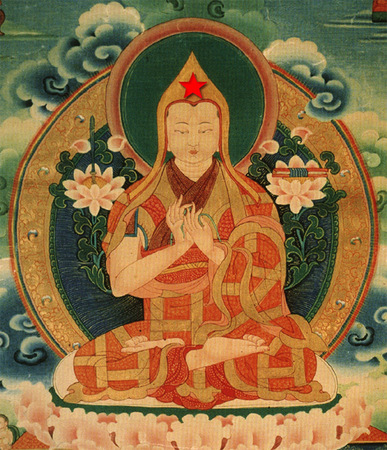 Communism - is a social nirvana, which achieved by Red Army siddhas through praying revolvers for salvation peoples chakras by bullets

Those who see worldly life as an obstacle to Dharma
see no Dharma in everyday actions.
They have not yet discovered that
there are no everyday actions outside of Dharma.
Dogen

Has anyone of you ever heard something about Budda Machine and the way it relax you? Numerous copies are distributed everyday in USA. What would happen if we combined Budda Machine`s sounds with 3D sacred symbols: flower of life, pyramid, metatron’s cube and etc.? You would get free utility for meditation and relaxation. Download it from here: http://68.178.221.107/budda/budda.rsp.

Sometimes I like to listen to music when I meditate. I do a lot of workshops and do guided meditations with my group. I always like to play music because it seems to help beginners slow down enough to meditate.

What is your favorite music CD to listen to while meditating?

You can get some really good meditation music recommendations from people at Buddhist Connect- http://www.BuddhistConnect.com

You can also go on Buddhist Connect to make friends, join groups, go to events, look for a job and date. It is a really good and useful resource for Buddhists.

Greetings one and all,

This community is being established for those who desire to pray for India, have a heart for India, who are Indian (living anywhere), are missionaries in India, or just want to check out what God is doing in that large region. The purpose of this community will be cultural exchange between regions of India (anything from Divali to Desi food recipes to religious/cultural study to Bollywood), understanding, keeping up with news and needs of India, and correspondences between all affiliated with India in some way.

I look forwards to seeing what God will accomplish as we all gather together with one purpose.
http://www.livejournal.com/users/prayerforindia

++will be cross-posted++
For those who interested in kanji

The other day, I felt this large pressure inside my head, and I sat down at my computer and was about to spew forth a book. I took a moment to realize I don't have time for that, and poof it was gone.

On what kind of topics would you'se guys like to see more written?

A friend of mine asked me this question a while ago, and I only got around to responding today:

How do you feel when you see other people using aspects from your ethnic culture for their own benefit? (For example, feng shui and Native American spirituality etc).

I used to get very upset when I saw things like this.

IMO, culture is an holistic system of values, symbols, stories, narratives, norms, practices, skills, processes, ideas, models, meanings... All of these things are parts of a system. They don't make sense without the other parts of the system. They are integrated at broad, abstract and impersonal levels -- like within religious institutions, rituals and in religious texts -- but they're also integrated at the practical level of people's lives.
Religious and spiritual ideas and symbols are part of entire systems, and they can't be completely understood outside those systems.
It seems like a lot of neo-Pagans and New Age mystics believe otherwise, that they can understand and appropriate anything from outside their own system of understanding, and that it'll fit seamlessly into their own practice. I don't think that can happen without a great deal of "trimming off" of unwanted aspects of something.
For example, Hindu ideals of ascetism only make sense from within a caste system that divides labour in Hindu society according to a rigid hierarchy, but people who practice Yoga and suchlike often don't take into account that only a privileged minority of Hindu society was really enabled to devote themselves whole-heartedly to it. But Yogis would (and, IMO, should) dispute how good a caste system is for organising society.

Culture is also, fundamentally, how people live their lives, and the things they have in common. IMO, you can't really understand a culture unless you're a part of it. Participation is an inherent part of cultural learning. Practices, ideas, values and symbols that are an active part of people's lives can't be abstracted out without losing some of their vital aspects. It comes off as kinda arrogant when people who don't share that assume they can know just as much, or more, about someone's life from outside that life.
I think this applies to the past as well. I don't think there's a universal meaning to something outside its particular situation, and I don't think you can understand that meaning without being a part of that situation. I find it strange how people can go through the motions of acting out aspects of the lives of people who are very distant from them in space and time without any concept of the differences that they're crudely glossing over.

That's why I don't think any amount of research is enough to substitute for actually growing up as a part of a culture.

Something that many people don't understand is how culturally specific knowledge is treated by researchers. There's been a lot of work into the colonialist practices that many academic disciplines is based on (in the field of post-colonial studies). Orientalism, by Edward Said, is a good book to start with for a good account of the politics of inter-cultural knowledge.
The assumption that someone outside a culture can fully understand it has underpinned so many imperialist programs, and it's a heavily politically-charged issue, because it's about how much power a group of people have over their everyday lives.

What people who appropriate things from distant cultures don't realise is that what they're doing is enabled by a very unequal global socio-economic structure that puts them in a privileged position in relation to other people. And that structure exists despite the best intentions of the people doing the appropriating.

But that doesn't mean that people from outside a culture can't take part in it. Cultural meanings come from people. People learn them from other people, as they grow up. It's passed on through intimate personal connections -- usually family, sometimes through teachers or elders. I think it's a big problem to appropriate from a culture without any connection to the people who make it up.

But a lot of cultural appropriation goes on outside such personal connections. Specific, personal things get taken out of their context and put into a system that's alien to them -- either the global market for ideas, or the academic system -- which completely denies the people who inherited them any say in what happens to them.
I read an article about dream-catchers a while ago. The article described how dream-catchers are traditionally made by mothers, for their children. But some Native American people had been making them and selling them for commercial purposes, and this had caused considerable controversy.
It's obvious that the meaning of the dream-catcher had been changed irrevocably by the fact that they'd been made for commercial sale, and not as a personal gift. Even if a woman bought one for her child, that's a very different situation to that of a Native American woman making one for her child. Would someone who bought a dream-catcher really understand the work that went into it, its meaning, the place it occupies in relationships in Native American societies? I doubt it.
And that's what's so objectionable -- the impersonality and disempowerment that so much cultural misappropriation brings about.

A few years ago, on a pagan forum, there was an intense debate about this issue between a group of white North American and European suburbanite pagans and a Maori woman. The Maori woman was on the side of limiting appropriation, but made an argument that I remember very clearly: she said that the boundaries between cultures don't have to be rigid and exclusive, but they also shouldn't be totally open. She talked about how, in Maori culture, the way to integrate outsiders was to get to know them. To form relationships, friendships, families with the Pakeha, and to include them in the culture by preserving the ways that knowledge is passed on, which maintains cultural power.

Some say that trying to limit access to certain knowledge, symbols and practices is based on arbitrary privilege. But that's a denial of the living practices of a culture -- such as the hierarchies that control who gets religious knowledge. There's no society in which all knowledge is freely available, and the politics of knowledge in Western culture are no more rational than they are in any other culture. Expertise is valuable, and rare, and it's not something that everyone has access to in any culture. You can't disparage the practices that allow for privilege in one culture just because they're different to those in another culture.

I think people ought to try to empathise with people rather than study and adopt cultures by remote control. And I think people should have a say in what happens with the materiél of their lives.

X-posted to other Buddhist communites I'm a member of. Hope it's ok to post this here? Spread the word if you're in any other communities you think might be interested.

Fall prey to succubic spirits as their cries
Surround you,
Bind you.
Hold you with arms
And tongues
And legs
And lies.
Drained of soul, and all thoughts of who you once were,
Possessing only forgotten taste of their
Razorblade lips and candy kisses.
Beg and
Cry and
Want as you will, and be cast aside like a young boy's soiled rag.
Drift...
Until you see the illusions of
Love and
Hope and
Joy,
Then give chase and
Fall down and
Die.
Collapse